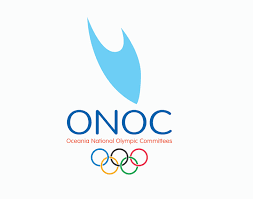 The Oceania National Olympic Committees (ONOC) is one of five Continental Associations in the Olympic Movement and looks after the interests of 17 member nations from the Pacific Region including Australia and New Zealand.

The formation of ONOC was the direct result of sweeping changes within the Olympic Movement after the election of Mr Juan Antonio Samaranch as President of the IOC in 1980.

The core functions of ONOC which are implemented by the Secretariat include building and strengthening NOC capacity, cultivating regional and global partnerships, contributing towards sporting excellence, and leading by example.

Its strategic priorities are to provide NOC support; national training and development through the Oceania Sport Education Programme (OSEP); strategic partnerships and clean sports; preparation of athletes and NOCs through the Road to Tokyo; and board and administration compliance plus support services in administration, finance, human resources, events management, and communications.

In addition to this support provided by the ONOC administration, the ORADO Executive Officer is also a part of the Management Meetings, involved in ongoing senior level management, and operations capacity exchange and strengthening.

In initial years, the purpose behind the set up of the program was to conduct testing of Pacific Islanders in their home country. The specific sport of interest was Rugby (especially for Fiji, Tonga and Samoa). Papua New Guinea (PNG) was the fourth country  as they had the largest contingents when it was games time. ONOC was a critical part of this formula as they were the gateway to the member countries.

ONOC continues to provide support through an annual grant, financial services, and administrative support. ONOC shares a very close relationship with ORADO. In its first years, ONOC was critical in the advocacy of the ORADO. ONOC was the gateway, enabling the ORADO to connect with the athletes and the National Olympic Committees. Starting with four member countries (i.e. Fiji, PNG, Samoa and Tonga) in 2004, the program has steadily grown and expanded in membership to now 16 member countries, and these have created a ripple effect in the growth across the governance structures, programme design and partnership opportunities.